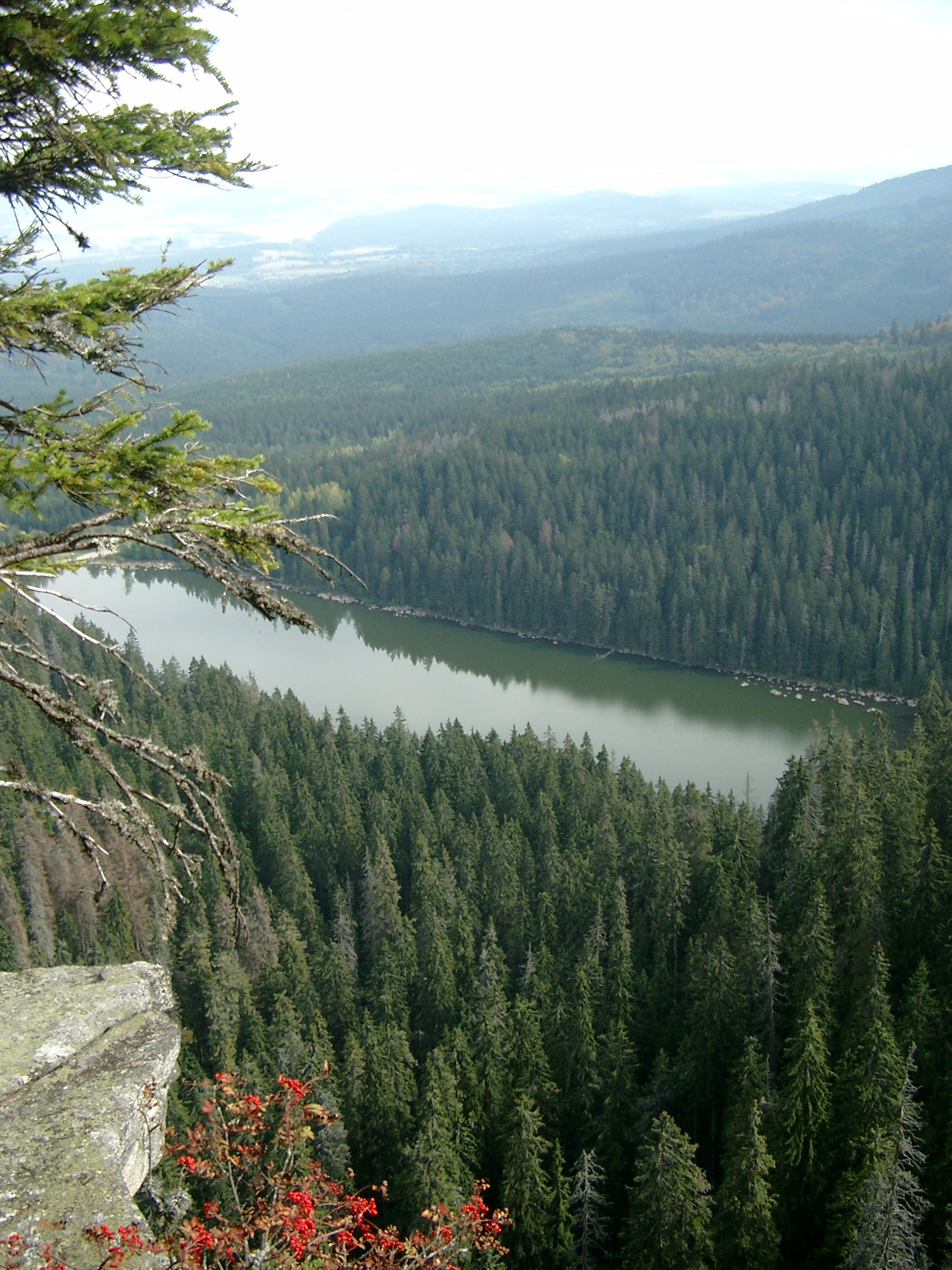 Hans Jonas already called for an ethic of responsibility in his epoch-making work in 1979:

“(…) that just the nature not changed and not used by man, the “wild” nature is the “humane”, namely speaking to man, and the one made completely subservient to him is the par excellence “inhumane”. Only the spared life reveals itself.”

The photo above the menu shows a natural beech forest at Brotjacklriegel in the Vorderer Bayerischer Wald, the photo below the menu is a view over a mountain spruce forest largely unused by man to Plöckenstein Lake in the Bohemian Forest (both photos: Wolfgang Epple).

In our globally and thoroughly human-influenced, increasingly urbanized, concreted, asphalted world overflowing with artifacts and our legacies, the last remnants of pristine wildernesses are special retreats for plant life, wildlife, and for humans: Life spared, still spared.

I take here a poem of the lyricist and psychotherapist Bernhard Winter at the beginning of my homepage, because it encompasses in a particularly touching and linguistically unique way what constitutes my concern for holism in dealing with the fellow world entrusted to us, and what you will encounter as a visitor of the homepage. You can learn more about Bernhard Winters’ diverse and award-winning activities here.

The poem (in German language):

The “protection poem” of Bernhard Winter leads me directly to my concern:

Even in the cultural landscapes formed by humans, there are many ways to spare, to protect, to care for life. For the defenseless and mute, for that from which we have emerged and of which we are still a part, – for that which is comprehensively threatened by the actions of mankind, – for this the intercession shall not fall silent…

In the following pages you will be shown examples – positive as well as negative. The question of hatred against wild creatures as well as the question of aesthetics, which accompanies us like a common heritage uniting mankind, the question of conscience and ethics in case of damage of the whole or only of the parts shall be investigated. The devastating consequences of energy hunger and intensive use, plundering of natural resources, population pressure and further land grabbing at the expense of nature will be the topic.

First I hold, following the quotations:

Spared life thanks us individually

One aspect of the special value of genuine nature reserves without exploitation: In areas where hunting is not practiced, a fear-free encounter between man and wild animal is still possible on the part of the wild animal and a gratifying and exciting encounter on the part of man, often at “close range”. This is not only true for the large and well-known national parks in Africa, America or Asia:

Under the theme of protection of species in conflict of interest, there are further nail tests for life that can only reveal itself under protection

Metropolitan skylines, landmarks of the urbanized final stages of man-made cultural landscapes, are also aesthetically appealing. But could mankind live, survive, without near-natural compensation spaces for the rapidly growing cities and without wilderness? What intuitive background information, what stimuli do we receive from landscapes that have been altered to varying degrees by humans? Photos: Pixabay.com.

In the following pages, we want to pay special attention to the key concepts of nature conservation in exploring the human-nature conflicts: Beauty, Peculiarity, Diversity.

… is explicitly not understood here as a dogmatically closed construct or even philosophically already completed system of thought. Rather, the term is interpreted as a proposal arising in free contemplation for the deepest and broadest possible view of the mission of humanity: It is the mission to take responsibility and to preserve creation (creation as a metaphor for natural phylogeny; Epple 2006, 2009). In this context, I explicitly hold the view that human beings, as one species among millions, have a special position within what has naturally evolved, and that this special position can be justified precisely by applying the evolutionary paradigm. This special position arises from reason and in the literal sense unique creativity under application of all mental including the spiritual talents.

Holistic view of the human mission has ethical consequences. Including different approaches (especially Martin Gorke, Konrad Ott, for natural ethics plausible parts of the integral approach of Ken Wilber) the following pages will illuminate the deficits in the discourse of nature conservation, which again and again lead back to ethical and moral questions of sustainability and the relationship human/nature. The holistic view of man’s interaction with nature is connected to a well-founded critique of moral anthropocentrism, which was initiated by Hans Jonas in his main work “The Principle of Responsibility”, published in 1979 and quoted above (an appreciation from the perspective of nature conservation ethics on the occasion of the 30th anniversary of this work, including the approaches mentioned here).